One day I was cutting tomatos and suddenly had an idea for the new painting. «I’ll use pencils, acrylic and watercolors together,» — was I thinking while sketching.

I noticed that the pose and face of one of the women on my sketch reminds Ingre’s La Grande Odalisque (not the albino monkey, but the pencil face on the left)

Did you notice that her hand is too long, and the left leg is in impossible pose? Well I did, but only after reading about it in wikipedia.

So, this is my Grande Odalisque, but in her normal life, while she is cutting tomatoes after swimming with friends in the river.

My Odalisque, though, looks unhappy to be interrupted. An odalisque is a woman in the harem of the sultan. 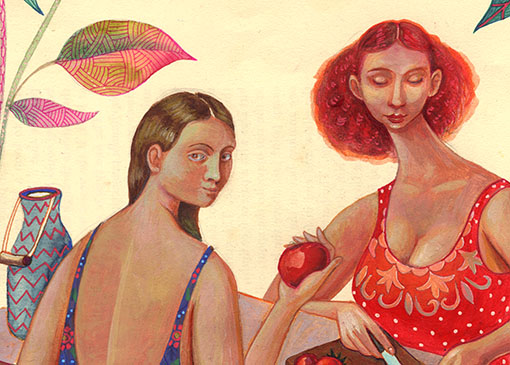 Maybe the sultan arrived and the dog is happy to see him? Who knows. 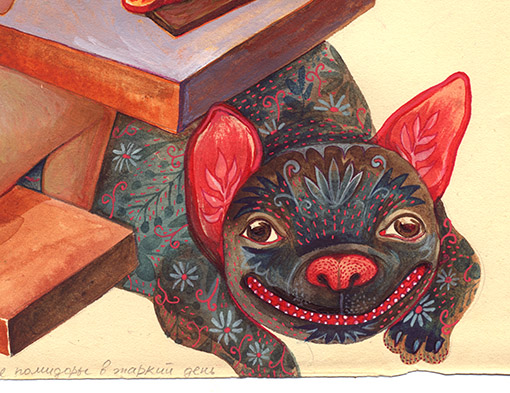 While drawing, I also read a little bit about Ingres and found out, that his Odalisque was inspired by a face of Raphael’s lover Fornarina:

Some say that Fornarina, known as well as Margarita Luti wasn’t exist at all, some — that Raphael bought the girl from her father. Fornarina became his model and lover until the artist died. The rumor says she was cheating on Raphael with his students and clients. According to some legends, she also was a prototype for Sistine Madonna: 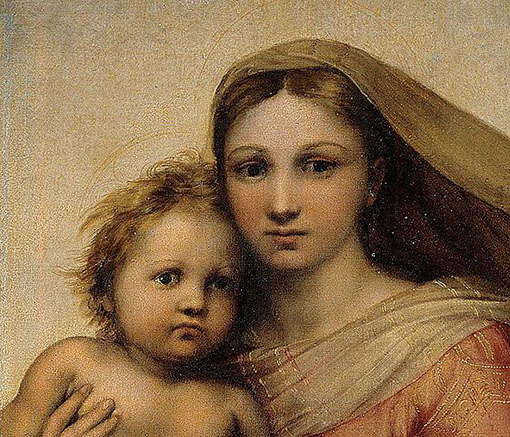 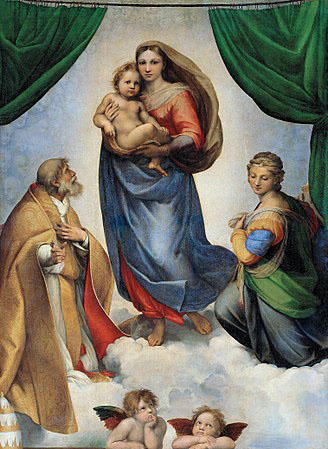 So, Raphael was inspired by Fornarina, who also inspired Ingres for his Grande Odalisque, who inspired many others (and me among them). My favorite homage is this: 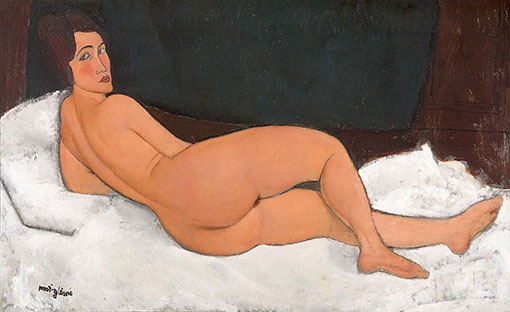