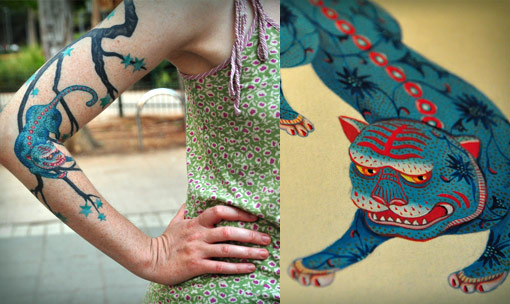 Exactly two years ago I wrote about Kseniya, who made a tattoo with one of my monsters. Two years later, after her son was born, Kseniya asked for another monster sketch.
— Two monsters in one tattoo? — I wondered. — Won’t they fight?))
— Two kids — two monsters, — explained Kseniya. — One for my daughter, one for my son.
And she showed me a blue monster she liked, this one: 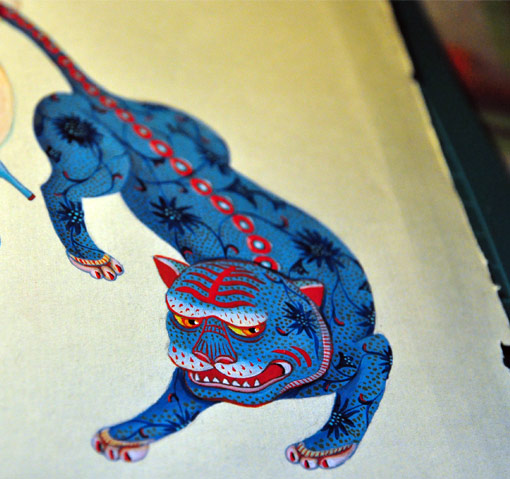 So, before there was only a daughter-monster on Kseniya’s shoulder and was lonely: 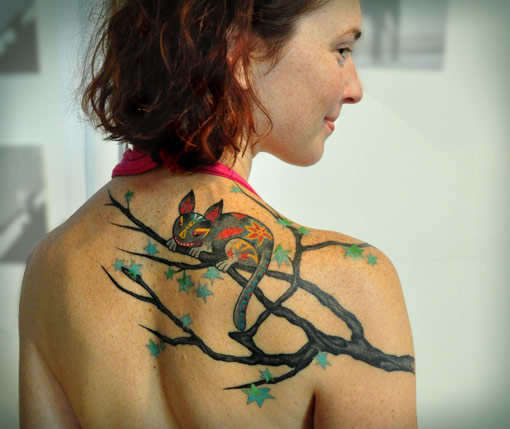 My sketch for a new tattoo: 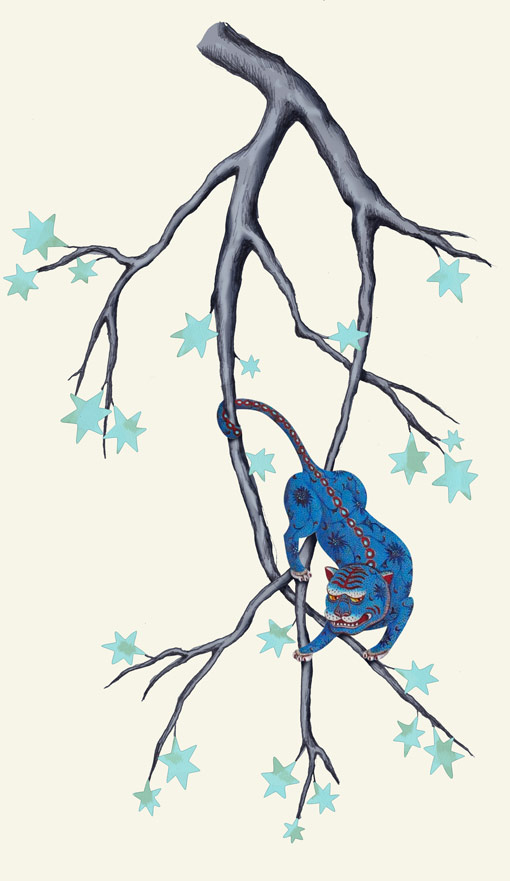 And now a boy-monster joined and lives happily on her arm: 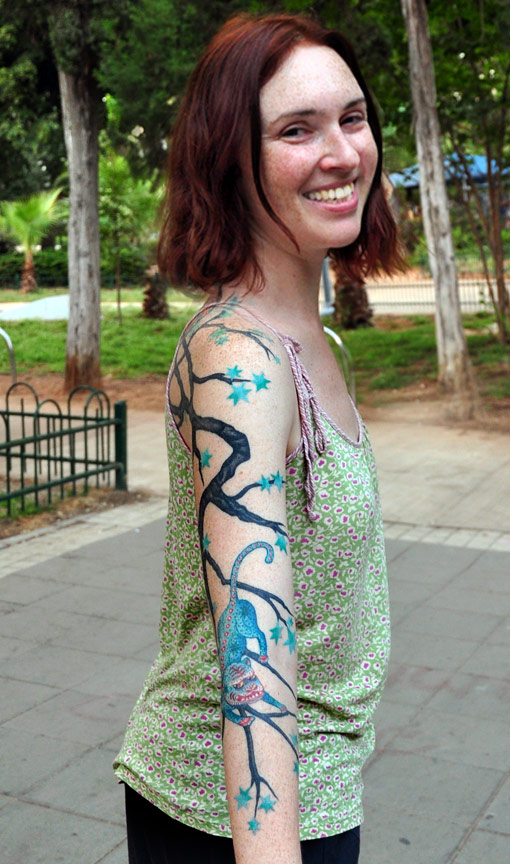 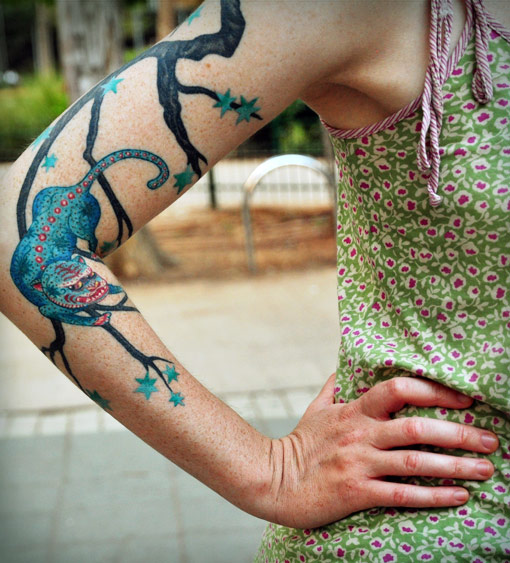 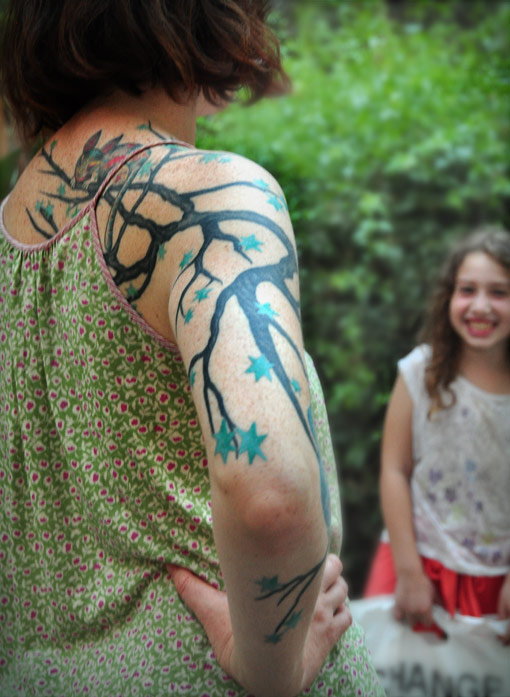