King of Spain — the clip we made!


Last year I met a very interesting TLV-based musician, Armond Pain (Gadi). I really loved his provocative and strange music, and especially his clip I don’t like Google. So when Gadi asked me to draw a picture that would serve as a youtube cover for his song King of Spain, I was very pleased and suggested instead that we produce a video clip instead.

Gadi wrote the King of Spain after reading Nikolai Gogol’s short story «The Diary of a Madman». It’s a good story, strange, funny, sad — I really recommend it.

from wikipedia: «Diary of a Madman centers on the life of Poprishchin, a low-ranking civil servant and titular counsellor who yearns to be noticed by a beautiful woman, the daughter of a senior official, with whom he has fallen in love. His diary records his gradual slide into insanity. As his madness deepens, he begins to suspect two dogs of having a love affair and believes he has discovered letters sent between them. Finally, he begins to believe himself to be the heir to the throne of Spain.»

Gadi already tried to produce a clip for this song before. He shot some scenes near the pool with two models, but he wanted to try something completely different.

So, first of all we went to the market and bought some clothes and accessories. Then I took many photos of Gadi as an inspiration for my drawings.
.
.
. 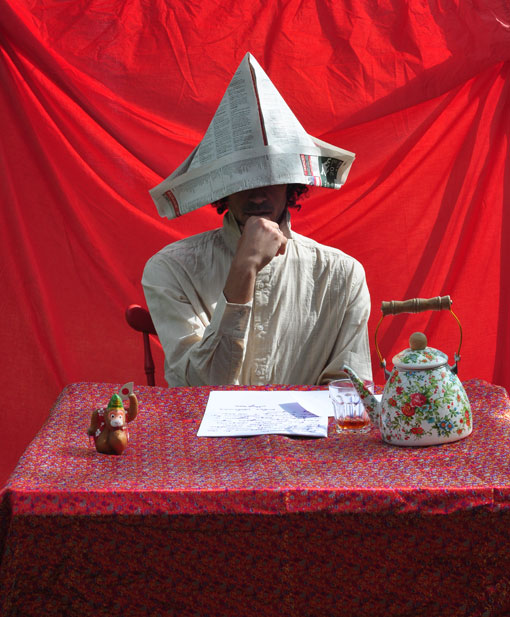 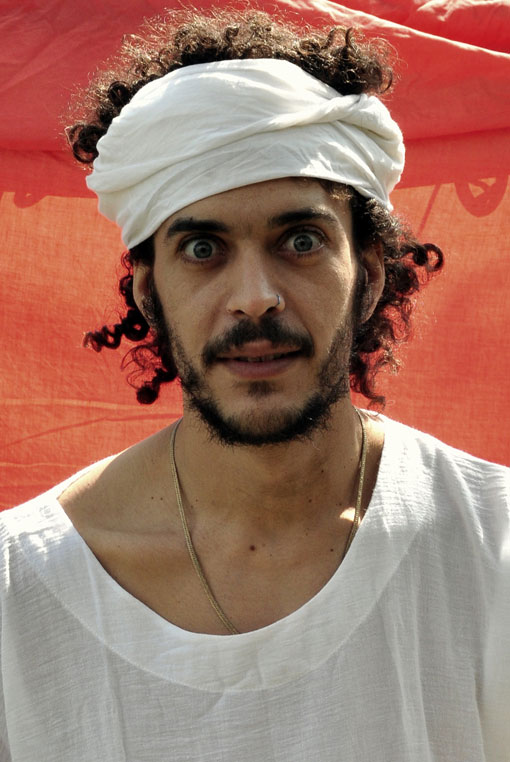 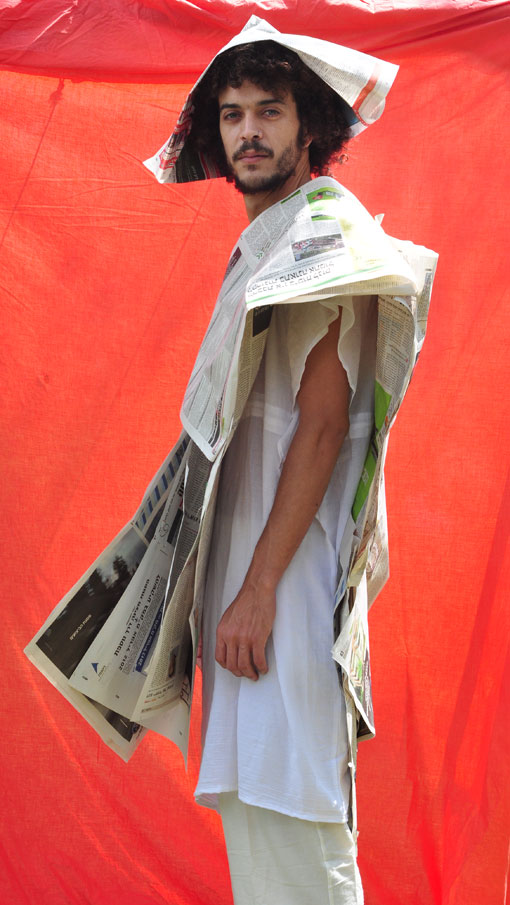 Then I suggested that the woman loved by the civil servant would be played by Racheli, whom I met at Fresh Paint (she was working there as a sales assistant). Racheli is very pretty and noble and it is hard to take a bad photo of her: 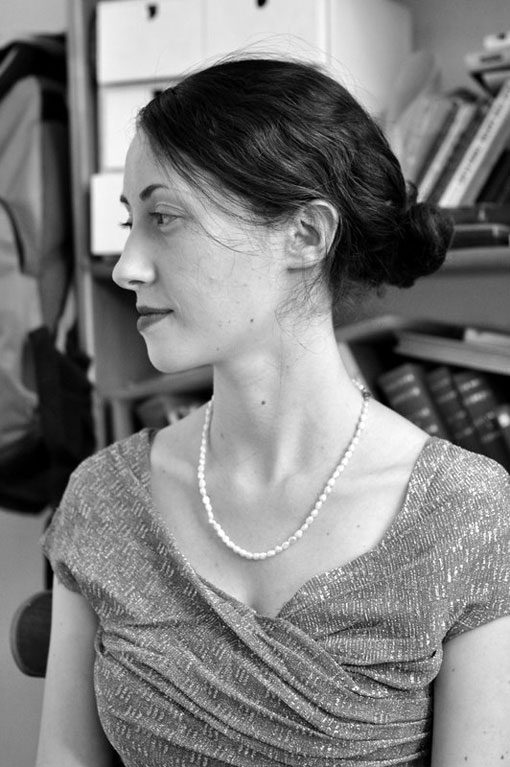 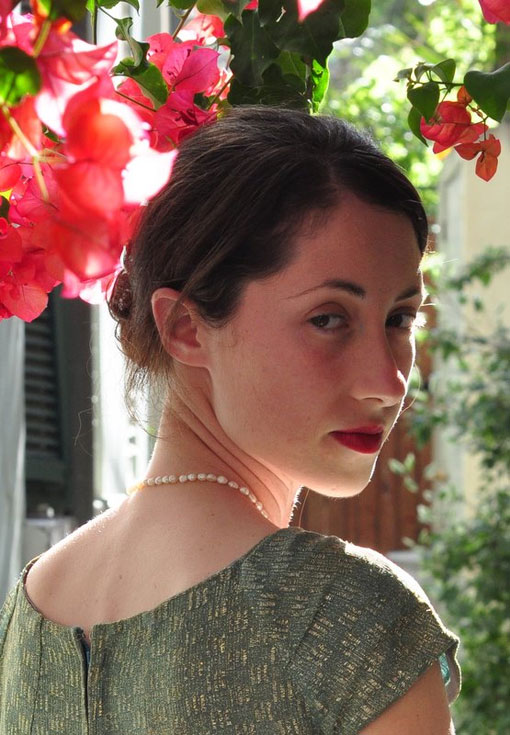 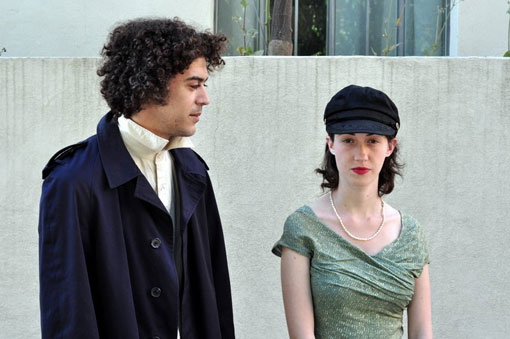 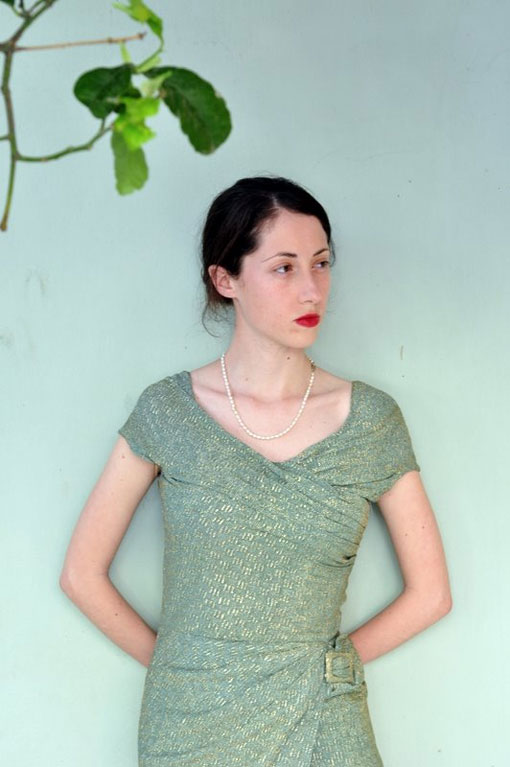 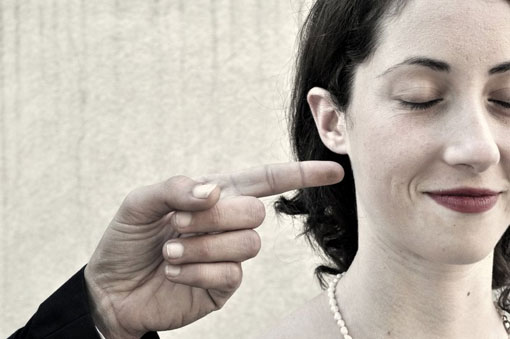 I planned to draw many pictures and to make an exhibition out of it, but only made three. For the clip I scanned every step of the process. 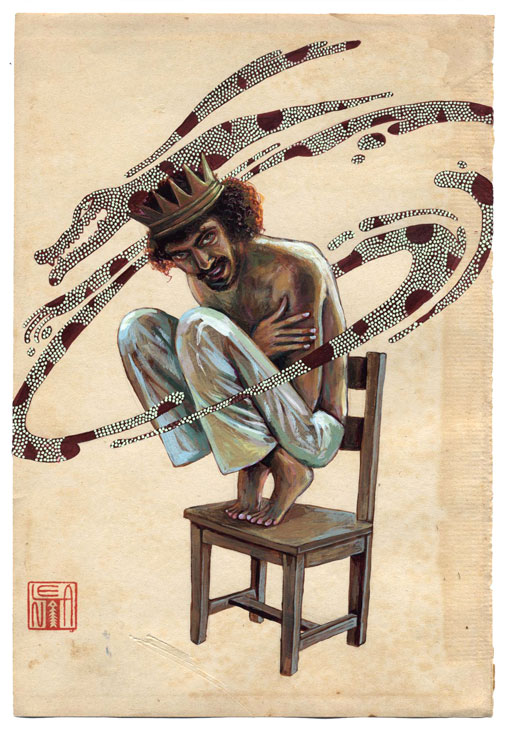 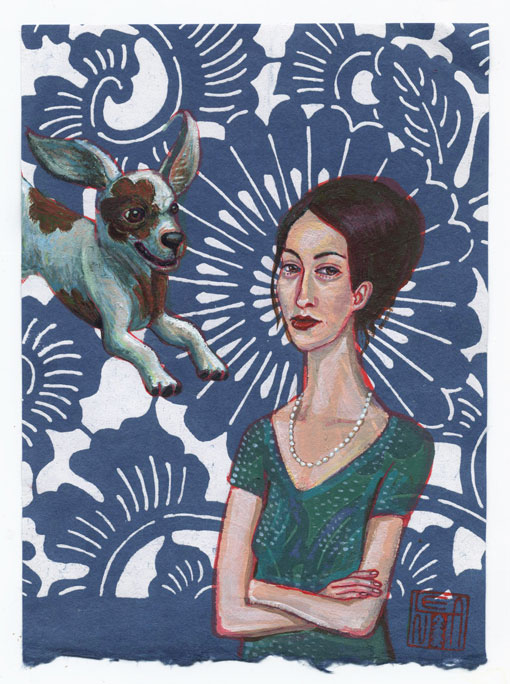 When I started to shoot videos and edit them, I soon realized I do not have sufficient experience in doing that. Luckily, my friend Karin Kails, who is a TV journalist was visiting me and I immediately started to exploit her :). Finally, it was Karin who shot, edited and used network to make this clip, and me, I was only giving directions, criticizing and asking «When will it be finished already, huh?»

After we edited it for the first time, we discovered that it was somehow boring, so we decided to mix our videos with the previous clip that Gadi had made (the one with the models), to create a contrast. 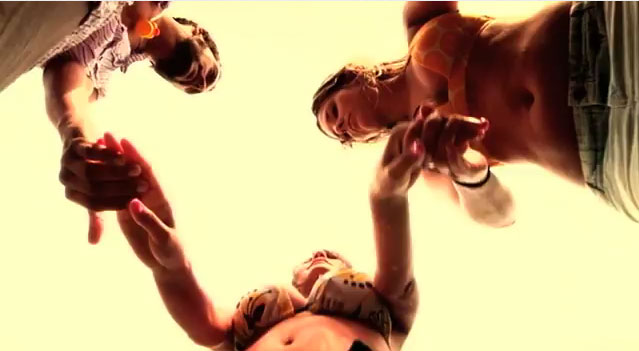 I was so excited by working on that clip, that on the way I also made a design for Armond Pain’s first CD album «In the name of the mother». You can get it at Tower records in Dizengoff Center (if you are in TLV by chance) or download it from any here.

Good luck to Armond Pain in his future projects, thanks everybody who helped and a special THANKS to Karin!